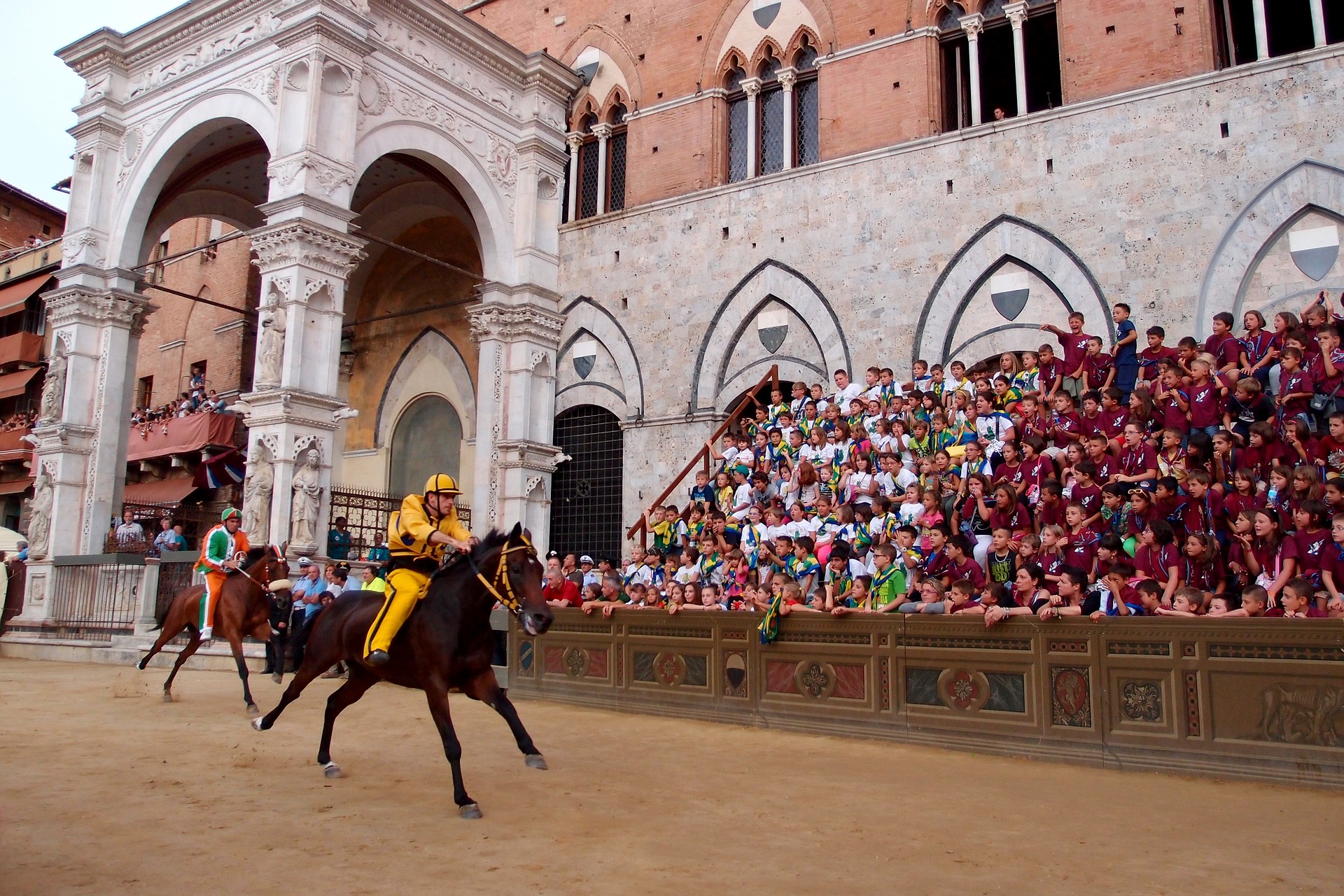 A pageant, the Corteo Storico, precedes the race, which attracts visitors and spectators from around the world.